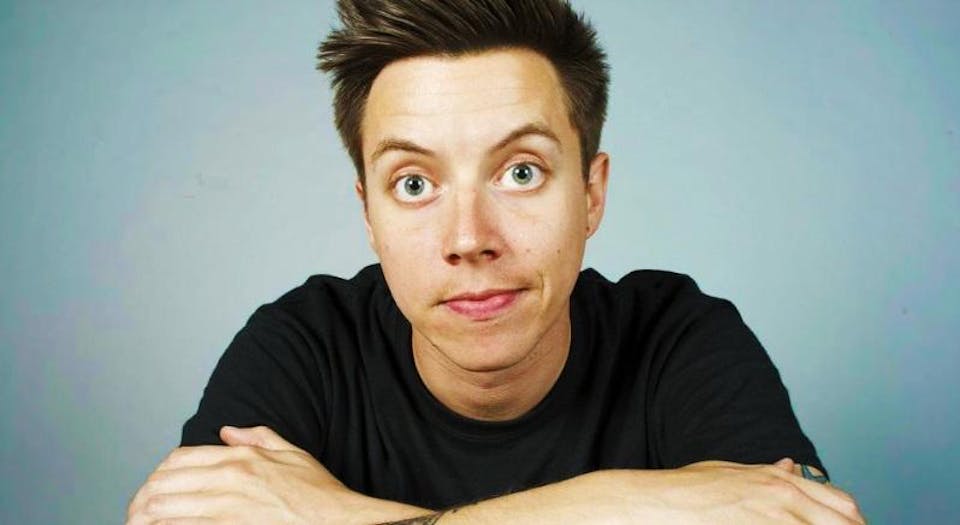 Grant Cotter burst onto the comedy scene with his eclectic brand of humor, quick wit and rapid-fire delivery. His wild off-the-cuff style and attitude have made him a crowd favorite at comedy clubs across the country.

Grant was one of the break out stars of MTV's hidden camera prank show ‘Jerks With Cameras' and was recently profiled on NBC’s ‘Last Call with Carson Daly’. In 2014 he was selected to perform on all 22 dates of Funny or Die’s Oddball Comedy tour alongside Louis CK, Sarah Silverman, Bill Burr, Amy Schumer and Aziz Ansari. Most recently Grant was featured in the award winning documentary 'Dying Laughing' on Showtime.

Currently he is developing a one hour dark comedy series with Sony Pictures Television and Narrator Entertainment.

Grant resides in Los Angeles where he regularly performs at The Laugh Factory and The Improv.

— Tickets are non-refundable or exchangeable!

— Doors open 30 minutes prior to show-time. Arriving at least 15 minutes before show time is always a good idea!

— Seating is first come first serve with a strict no-call, no-show policy. Please call The Comedy Bar if you are running late or have a group bigger than 10 to reserve seating for your group.