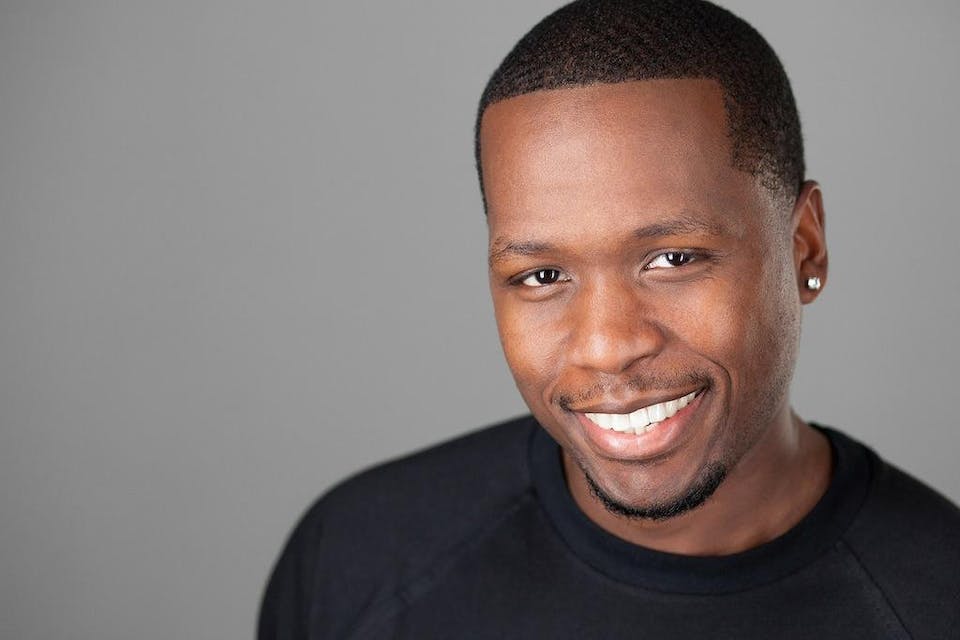 This Chicago born and bred comedian has come a long way from his Eddie Murphy impersonations in his elementary school lunchroom.In April 2006 while earning a degree in Sports Management at the University of Illinois, Evans got his first chance to showcase his comedic talents at a variety show. It was that moment he says, that solidified his dream of wanting to be a comic.From there, in November 2010 Evans went on to become the first winner of WGN Chicago’s Next Big Comic Contest, a staple in the Chicago TBS Just For Laugh Festival since 2011, and he’s been steadily touring colleges and comedy clubs across the nation.While he was successful as a comic on his own, his desire to further develop his craft made him enroll in the Second City Training Centers’ Conservatory (Advance Improv/Acting) program. He recently graduated, which is no small feat. Second City is known for producing notable comedic talent such as Tina Fey (30 Rock), Steve Carell (The Office), Jeff Garlin (Curb Your Enthusiasm), Chris Farley (SNL) and Keegan-Michael Key (Key and Peele), just to name a few.

— Tickets are non-refundable or exchangeable!

— Doors open 30 minutes prior to show-time. Arriving at least 15 minutes before show time is always a good idea!

— Seating is first come first serve with a strict no-call, no-show policy. Please call The Comedy Bar if you are running late or have a group bigger than 10 to reserve seating for your group.