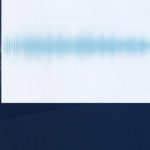 Stand up comedian Ahmed Ahmed will make his first public appearance in Nashville after stirring up some controversy in Southwest Florida last weekend. It even caught the attention of NBC News and The New York Post. His performance was interrupted by police Sunday night. Officers say they received a 911 call from an audience member who was “frightened” […]